A small write-up about Satish…

“Satish has been volunteering for almost a year now. He is very regular, always smiling and the kids take to him like anything. He works through friday nights to come to the classes on saturdays. Despite having visited radio stations three times earlier, he enthusiastically took part in KC centre’s outing to the FM radio station for the sake of kids. He has also brought in a wealth of material in english that can be effectively used in all centres. He has also got e-copies of the Amar Chitra Katha tales. We have this habit of kids introducing existing volunteers to the new ones. Whenever this happens, kids vie with each other to introduce Satish, making famous among them” 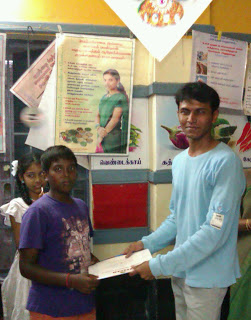 A short write-up about Praveen…

“K Praveen has been with us for more than a year. His attendance has been very regular and participation as enthusiastic as the children. He has always been ready to carry out whatever out-of-the-way requests we make of him (his help in Library books data entry is one such), after sleepless nights (due to his office shift hours) he is among the first to arrive on Saturdays (and among the last to leave), has been diligently taking care of the video session week after week, has been showing tremendous amount of responsibility” 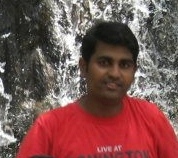 At Deepam, all volunteers have been doing and continue to do what they like doing, what comes to them naturally, and they are doing it exceedingly well. They get really rewarded every time they are with children, every time they see a smiling face of a child.
Deepam’s Outstanding Volunteer Award is given to volunteers whose performance in the year has made a difference, made people take notice and follow their examples.
Deepam takes immense pleasure and enormous pride in acknowledging and sharing with everyone such splendid performance by such volunteers by honoring them with this Award. In the past 4 years, as many as 13 volunteers have received this prestigious Award..
A few words about the Recipients of Deepam’s Outstanding Volunteer Award for year 2012.
1.      M Sugumaran of Olcott Center – He has infused fresh blood, fresh thoughts and fresh mindset among his team. His mails exude enthusiasm in its every sentence. Dynamic and self-confident, he sets for himself seemingly unrealistic targets and surprises everyone by achieving them! He organized the first-ever Sports event at Olcott Centre. His ever-cheerful manner and how-can-I-help attitude are contagious and these have helped him in increasing regular volunteer strength at Olcott Centre to more than 10. 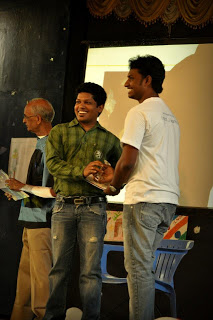 2.      Vedavalli of KC Center – She is a regular volunteer at Deepam for over 3 years now andlikes to keep a low profile. She has been an embodiment of patience and perseverance. To reach her Centre, run at a community hall in Kakkan Colony, she has to overcome many obstacles, some of them she has to literally side-step. Undeterred by these and otherimpediments, shepersisted and has successfully kept the classes going regularly. She has now built a team of over 10 regular volunteers at the Centre. Last year, she initiated scholarship program for the children. Her interest in the children does not stop with teaching them computers or language – her concern for them extends to upliftingtheir conduct, attitude and behavior.

3.      Maduravalli of West Mambalam Center–A volunteer who has been associated with Deepam and its activities for well over 4 years, she is passionate in whatever she does and assertive without sounding superior. She can get things done without being demanding, is strict with children and yet their favourite, competent of handling complex problems and always open to others’ views. She is ready and willing to take on any assignment, however challenging, if only it will eventually benefit the children.Right now, with support from other volunteers, she is spearheading the project of making a perpetual Curriculum for all Deepam Centres 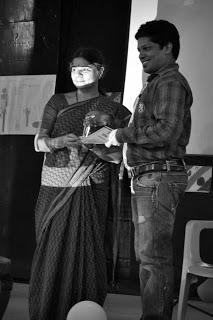