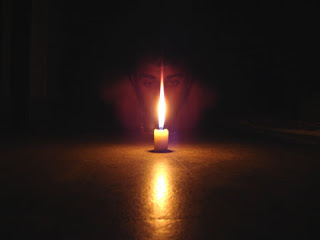 The Saturday 6th june saw half a dozen volunteers of Deepam head to kakkan colony in Besant Nagar for the induction of the 4th centre of deepam. We had planned to have an ice breaker session,but the children were quite themselves and did not need it,so we had them sit in groups of four and know about each other.And to our surprise we had children who had great aims in life like DOCTOR saranya,IPS dinesh,CAPTAIN praveen and a lot more,about 19 of them.According to kk’s sugesstion,we have decided to call them with those occupational names for the rest of the sessions to keep them motivated to keep coming back and realise their dreams.we plan to have 1year session similar to that of olcott for the KC centre,and do it every saturday from 4.30 to 6.30

We were introduced to KC centre by Basu,A senior from ANNA UNIVERSITY. Archana ran the show at this boxing centre elaborating the kids about what we were planning to do for the next one year,while she committed herself to teach the kids to work with computers,the children offered to teach her speak tamil.Archana played the ring master’s role of disciplining the kids,while kk and the others were breaking those “rules”.
As one of the missions of Deepam,the children did come out of their shell and came forward to ask us volunteers what we did and what were aims,and named archana as tailor akka,shiva as hotel master shiva,
and the rest of us left unnamed.chandana and ravindra a young budding entreprenuer completed the bunch of 6.
It was decided over the end of the session that we would not have children go home with a home work,rather we would have them come back with a thought every week.shiva suggested that we could arrange for some refreshments after the class,to keep the children coming back.
As always the enthusiasm level with the kids never soared,and they did some brilliant guess work trying to figure out the multipersonality disorder with computers having different names such as desktop,laptop and palmtops.
For the next 1 year, Saturdays 4.30-6.30pm will see kakkan colony colony centre bustling with activity and is open to everyone to volunteer in teaching these children the basics of computers, general awareness,english knowledge and personality development.
We are happy to announce the Deepam Fellows Program – Every year, the volunteers who had made a big impact on the endeavours of Deepam will be made the ‘Deepam Fellow’, in recognition of their contribution. This year we have 3 volunteers who have made significant contributions to Deepam in 2008. They were awarded a certificate and a memento, at the anniversary celebrations
Anbu :
The guy’s commitment levels are phenomenal – he commutes 4 hours every saturday, to teach the kids for 2 hours. He also ‘connects’ with the kids easily – he understands the kids and speaks their ‘language’. His ability to draw the kids out and engage them are truly worth emulating. 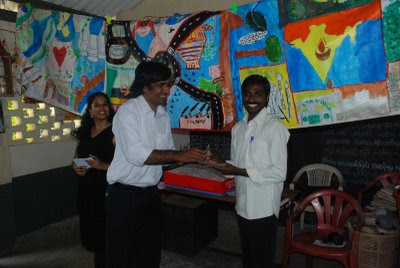 Mohan :
The one guy who truly doesn’t understand IST – he is always ahead of time, for every single class / meeting – truly, a students’ nightmare !!! Being a fast runner, helps! There has been very few times he missed teaching on Saturdays. The most regular feature at the Nalamdana centre. 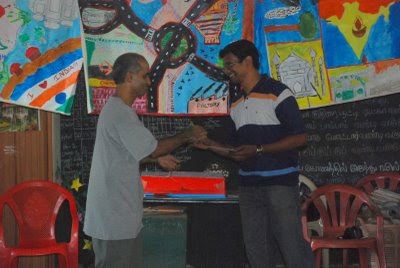 Bhargav :
He has a gift of explaining concepts to the students – His methods of giving examples makes students visualize the concepts and understand them easily. This regular at Nalamdana centre ( along with Archana and Mohan ) is responsible for the regular high turnout ( over 95% attendance ) for all the sessions . 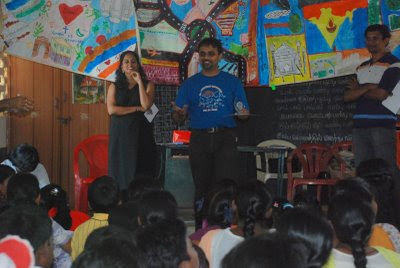 How does Harvard attract the best of the best students to study there ? Most of us ( definitely, i thought ) would think the big boys at Harvard would have it easy – the best students fight to get in there ( similar to the IIT situation ).
I was WRONG – This business week article shows why .
Harvard admin / professors / alumni go all out and scout for the best talent to study at Harvard. Machine ( computer) involvement is so minimal. Its this personal touch to the whole effort, that brings the best of the best to study at Harvard. Am quoting Mr.Fitzsimmons, the Dean , here “What we aim to do is to get the very best faculty together with the very best students,” he says. “Our hope is that these synergies will develop the talents of these students to a much greater degree and that they will then give back a lot more to America and the world.”
Am thinking Deepam should aim to ‘ Bring the best volunteer effort , with a good infrastructure / technology and enable the underprivileged kids become the best students ‘
Its possible… with a personal touch 🙂

The Deepam volunteers had a small surprise planned for the kids at Olcott High School and Nalamdana Centre on Children’s day.After a chain of mail and contributions of ideas and resources from the volunteers, we decided to give each student a goodie bag. Each goodie bag had a notebook and pen ( Paras from Infosys wanted to give away these as a homage to his grandfather),pencils and an option of either a tennis ball or watercolor (KK’s idea)

Thanks to everyone at Deepam for making it possible. We owe the smile of the kids to each one of you 🙂 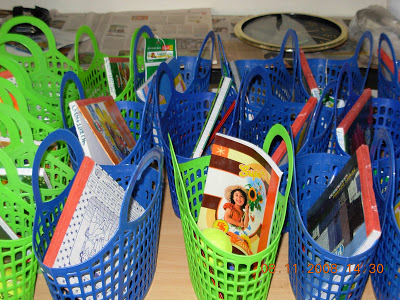 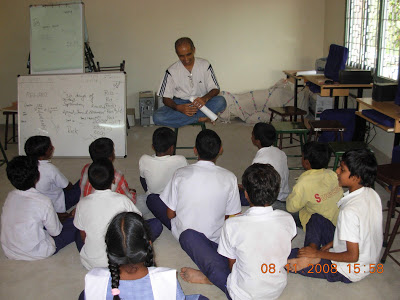 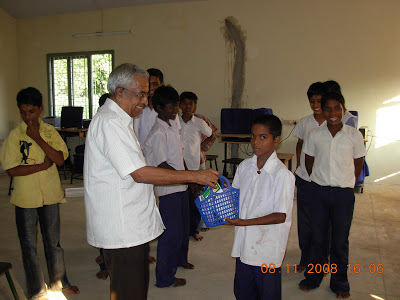 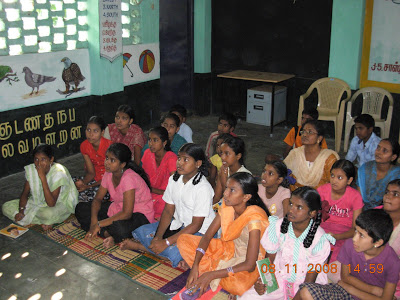 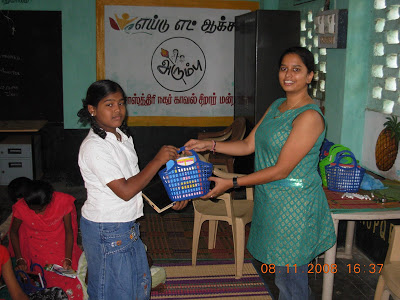 Congratulations Meera and Mohan – You Truly Inspire Us !

Volunteers are the lifeline for “Deepam”. As a not-for-profit volunteer organisation, we have limited funding available for recognition, although we have so many volunteers who are deserving.We have a group who works together on a regular basis and meets every week.We decided to recognize such efforts in front of the people who they volunteer for.” Deepam” decided to recognise their passion to impart computer knowledge ,build self confidence in the kids at a grass root level by providing them a small certificate.This is a very small memorabilia in comparison to all the work they put in behind the scene and also on the field.

For the month of June – hands down Meera won this certificate.Knowing Meera for the last three months has been a great pleasure.She has been one of those volunteers who would never bother how far the class was and ride her scooty all the way ( sometimes more than 30 km in the hot afternoons) to be there to guide the kids and solve all their queries.The kids wait eagerly for her to enter the class and you should see some people rush to be a part of her group when she starts teaching them.A very patient , humorous confident girl, she is also a great translator for me when I am stuck with some words I would like to express in Tamizh.She volunteered to choose and purchase the Classroom teaching CD’s and is also one of the lead volunteers we could bank on 🙂

Kudos to your enthusiasm and continued dedication.You truly deserve to be our first ” Volunteer of the Month” awardee.

The Volunteer of the month for July was unanimously voted for Mohan.Punctuality is one word that defines Mohan amidst most of us at Deepam.He would be there almost 10 minutes before the session starts and interact with the kids.A very passionate runner he also helped us and still helps us run our classes successfully at Nalamdana,Besant Nagar.A very patient teacher he helped the kids learn internet tools and is currently helping us teach Microsoft Word to them.

A big bow for all your help and hope your journey at Deepam continues….

To become a member of Deepam and help the kids learn and have a brighter future-Join us now.

The Basic MS Office course was completed at Nalamdana yesterday.It was real fun teaching this bunch of enthusiastic kids and a very good experience for all of us.An individual test was conducted for them on one of the MS Office programs before we presented them with the certificates.